Also known as bitter almond. One of the products apricot seed components break down into in the human body is highly toxic prussic acid. Fifty to 60 kernels of apricot seed can kill adults; 7–10 can be fatal in children. My CRC handbook says that a “double kernel is said to be enough to kill a man” (CRC). I think that is overkill.

Headache and nausea occurred in some patients being treated for chronic bronchosis with a paste of apricot seed and sugar. Possible adverse interaction when taken with Astragalus, skullcap, or kudzu root (TMA, 1996). Kernels may cause contact dermatosis. Cyanogenetic glycosides in the seed can cause cyanide poisoning (CAN). Because of cyanide toxicity, apricots use in pregnancy and lactation is to be avoided. Avoid in pregnancy; ingestion of cyanogenic substances may be teratogenic.

Oral doses of 50 mg HCN (+~ 30 g kernels = 50–60 kernels with ca 2000 ppm HCN). More than 20 deaths have been reported from laetrile and apricot kernel ingestion (CAN). Symptoms of acute intoxication include convulsions, dizziness, drowsiness, dyspnea, headache, hypotension, nausea, paralysis, coma, and then death. Death may occur from 1 to 15 minutes after ingestion.

Demyelinating lesions and other neuromyopathies may occur secondary to chronic cyanide exposure, including long-term laetrile therapy. Agranulocytosis has also been attributed to long-term laetrile therapy. Laetrile, spelled with capital L, signifies a synthetic patented in 1961 but never sold in the U.S. Spelled with a small l, laetrile is, for lay purposes, synonymous with amygdalin. After making this distinction,

APA spells it with small l, except of course, at the beginning of a sentence, when they say, “Laetrile consists of 6 percent cyanide (prussic or hydrocyanic acid), a highly poisonous substance that can kill by depriving the brain of oxygen.” Then they unleash a hyperbolic error, I presume, “the laetrile content of apricot pits varies from as much as 8 percent in some apricot varieties to twenty times that amount in wild varieties.” Krebs marketed laetrile with a small l as vitamin B-17 (AHA) 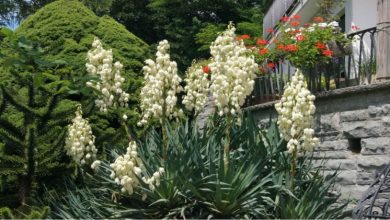